The gasketed plate heat exchanger has a simple structure, is economical and efficient, and its performance is also continuously strengthened with the development of the times. Sometimes it is not that the water cannot be added, but it feels that there is not much water added, but the radiator already shows that the water is full, but it shows that it is short of water after not using it for a long time, which is usually called "empty amount".
The above two situations are mostly caused by the thermostat. Under normal circumstances, when adding water, the small holes on the thermostat valve need to be drained, but if these two small holes are blocked, the gas will not be discharged normally, resulting in the cold water not filling the water jacket. It shows that it is full, but in fact it is still short of water. When encountering such a problem, everyone needs to remove the thermostat of the plate cooler and clear the blocked holes. If the thermostat fails, it needs to be replaced as a whole.

Scan the QR code to read on your phone 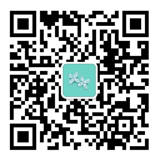